Sprinkles had called us requesting if we could remove and replace an old White Frost film for a kitchen area. We were told that there will be large commercial equipment placed directly behind the glass. The goal was simple, block the view from the exterior to create privacy but somehow allow some natural light to enter. They requested a white frost of which we always have plenty in stock but that didn't sound right to our ears, I'll explain in a bit... There wasn't any time to inspect the site because the job had to be completed fast, more like yesterday. At this point a solution was needed quickly so they could make a decision and run with it.

As stated we generally have White Frosted Decorative Window Film in stock, it's one of our most sought out products actually but after just a minute or so conversing with our customer on the other end of the line we figured out that the white frost would be a mistake. Have you ever noticed white frosted glass windows and noticed boxes and other items leaning on the glass directly behind it? It sort of defeats the purpose don't you think? White frosted film is a great option in many situations but because it's a semi opaque film product that means any item that's leaning on the glass or within inches of the glass you can make out. For example, if you taped a piece of paper with text directly on the glass you could still read the words clearly on the opposite side but if it were just two feet away you could maybe make out a shadow at best. Since our customer was going to lean refrigerators and other large machinery directly behind the glass we advised to go with a Whiteout or Blackout film. This solution will completely hide the items making for a cleaner and less cluttered look. The decision to leave the top glass bare was made to allow natural daylight to enter. Since they already had a White Frost Film applied to their main store directly next door the Whiteout was the best option. We were thrilled we were able to save the day! Sometimes it's the simple ones that make it all worth while!

Pic 2: Notice someone sitting directly on the other side of the glass with a prior old Frosted Film installed. Not the look you want when you will be placing items directly behind the glass. 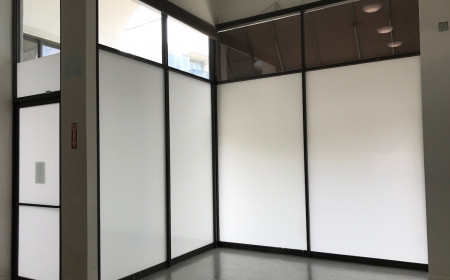 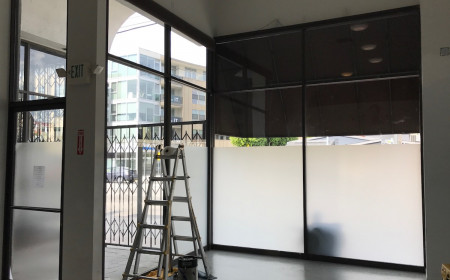 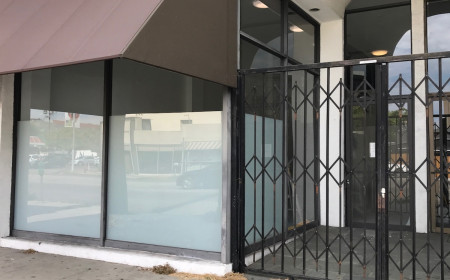 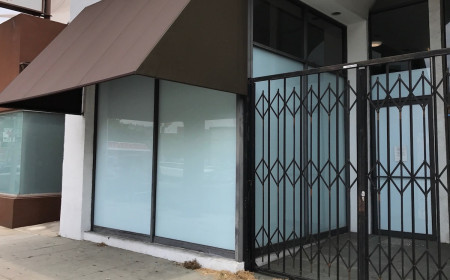 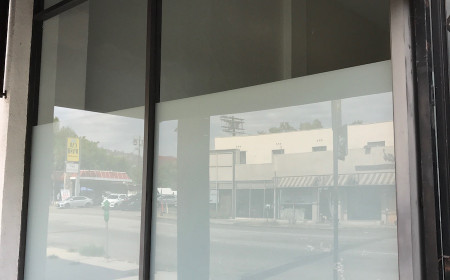 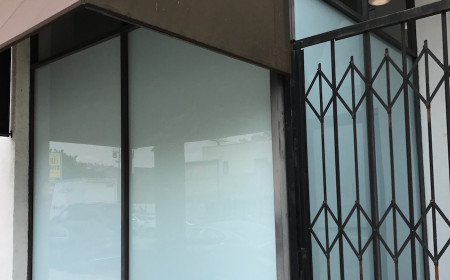